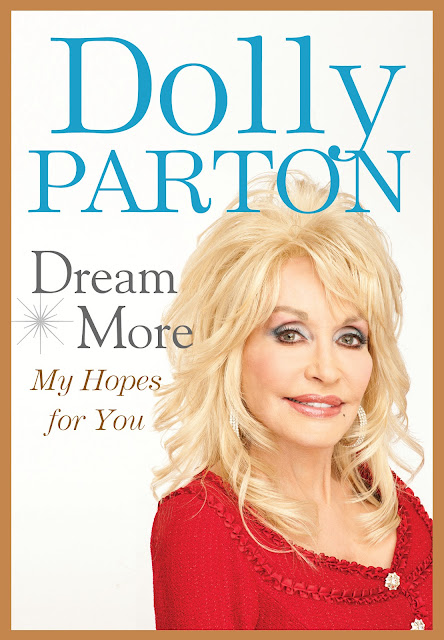 Dolly Parton Has Done It Again! 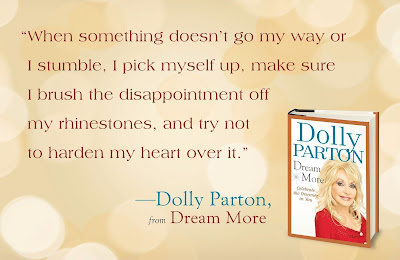 November 27, 2012, will mark the release of Dolly's new book "Dream More" which will be available for sale here in the Imagination Library "Dolly Shop".
The book is based on an inspirational commencement speech Dolly delivered at the University of Tennessee in 2009.

In a statement about the book Dolly said:

I know that I’ve learned some things in my life that are important to me, and I think maybe they might be good ideas to pass along to you. Not as advice, but as information that I have found has helped me over the years. Enough to share, and a little to spare....

If you’re lucky, your dreams will never die, you may not always achieve them, but if you always have dreams and reach for them, you’ll never be a failure. I still have dreams of what I want to do next.
source LA Times

The most amazing part of this story is the fact that once again, just as she did with her top selling cookbook "Dolly's Dixie Fixin's", all proceeds from "Dream More" will benefit her Imagination Library program which has mailed more than 45 million free books to children in the United States, Canada and the United Kingdom since it launched in 1996.
To help promote the new book, Dolly's Imagination Library has hosted a video contest which will give 10 lucky winners an autographed copy of Dream More (See contest entries here) and Dolly will be making a series of television appearances, radio interviews and doing interviews with traditional print media. Here's a partial list of some of those appearances as currently scheduled:
*All scheduled appearances and interviews listed are subject to change without notice. For a complete list and updates as they happen, follow us on Facebook.

Dream More will be available for sale in the official donations and merchandise area of Dolly Parton's Imagination Library located here, beginning November 27th at 12:00AM Eastern. Quantities will initially be limited. All orders received will be processed for immediate shipping during normal business hours while quantities last.