Love, Loss And The Comfort A Book Can Bring

A touching, true story of one young brother’s loss of a younger sister, and how he finds comfort in her Imagination Library books 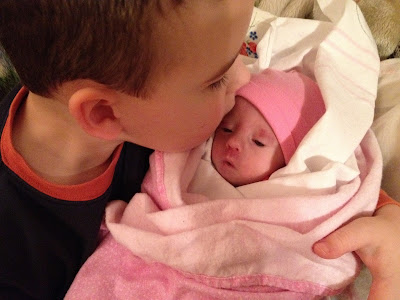 Each month, Dolly Parton's Imagination Library sends nearly 900,000 books to children around the world. The books are personally addressed to each special child who eagerly awaits the day they arrive in their mailbox with their name on the label.

Parents use social media, email and traditional mail to share with us how much their child enjoys the books and their personal stories. We have ways in which families can notify us when they move and need to change their address. However, one affiliate recently received a parent’s request for their child to stop receiving books. This mom asked to contact us by phone. We, of course, found the note a little confusing and obliged her with a contact number. We were not expecting what happened next.

Here is the story as told by our local affiliate, Winkler Imagination Library


I gave her my number and she called me the next day. I asked her if she had moved or why she wanted to discontinue receiving the books. She told me her daughter, Sophia, had passed away several months ago. I told her I was so very sorry, and she said she knew she should have cancelled the books earlier, but her 7-year-old son, Jacob, enjoyed receiving the books so much, every time they received another book he would take it to the cemetery to read it to his sister at her grave site. 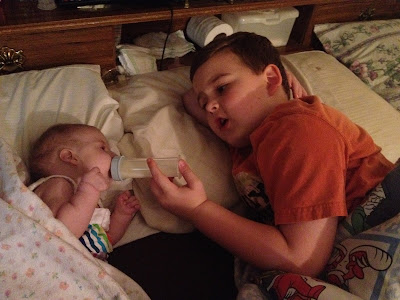 She said they were expecting a new baby in September and would register the new baby when it arrived and he would be able to read the books to his new sibling.


As a committee we were so touched, we made the decision not to discontinue little Sophie, so Jacob, her brother, could continue enjoying the books. I contacted her with our decision to continue sending the books for her son to enjoy, until the new baby arrives if that met with their approval. I also asked if we could share the story. 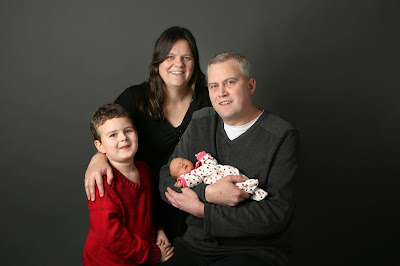 She responded by saying, "That would be awesome for my son Jacob, he would be so touched if he could keep getting the books for Sophia, he cherishes every "Sophia" book we've received. They bring him a special joy when there's another Sophie book in the mail. I will leave it as a surprise until the next book arrives in the mail. On September 9, I'm due. We are expecting another boy, that would be very special. I'm sure that our new baby will love being read to by his older brother too! Thanks so much, I'm really touched! Thanks again from the (Smith) family and it would be totally fine if you shared our story and the joy the books have brought us!"

We wish the Smith family the very best on the birth of their new baby boy and look forward to sending out new books for Big Brother Jacob to read to him.

"I Am A Rainbow" by Dolly Parton